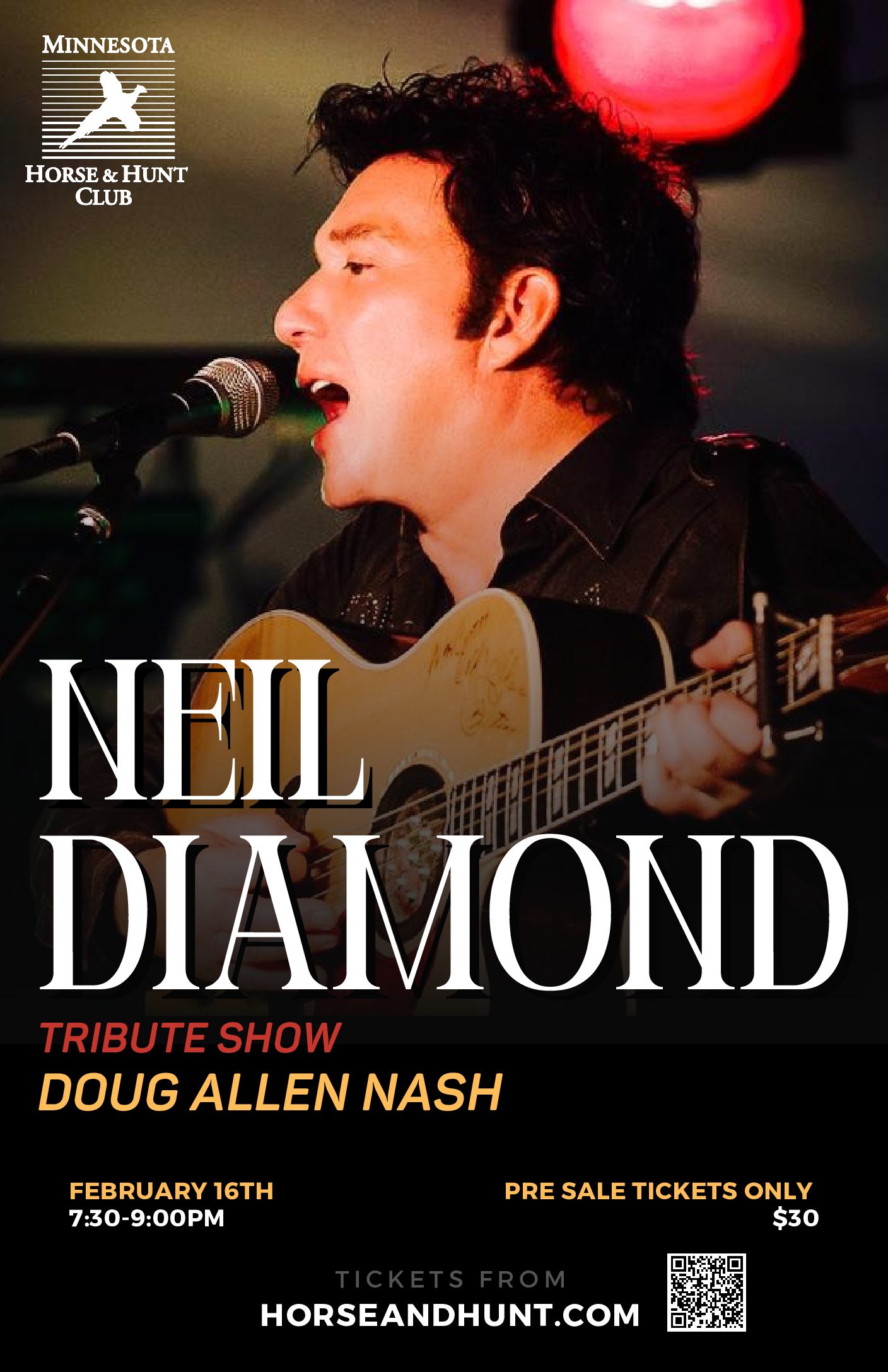 Held in the banquet hall of MN Horse and Hunt Club

A country boy at heart, Nashville Recording Artist DOUG ALLEN NASH grew up on a farm in northwest Illinois near a picturesque town on the banks of the Mississippi River. He began performing in local talent shows at age ?ve; and had formed his own band by age twelve. That same year his parents took him to a Johnny Cash Concert, one of several he would attend over the years. It was just the beginning of what would become one of Doug’s greatest passions. At the age of twenty, Nash was performing all over the world and receiving recognition for his extensive USO, MWR, and Armed Forces Entertainment Tours (the U.S. Defense Department’s Certifcate of Esteem Award, Certifcate of Recognition Award, and the Republic of Korea’s Apple of Excellence Award). During a six-year period, he entertained American troops overseas, touring 87 countries.

When this ruggedly handsome and gifted singer and musician hits the stage you know you are in the presence of a dynamic star and the consummate showman. Doug Allen Nash loves to entertain and it comes straight from his heart to his audience. Every night’s a party when this captivating entertainer is onstage.

Nash is a member of the SAR, and always proud to acknowledge that he is a direct descendant of John Hart, one of the 56 signers of the Declaration of Independence. Doug’s patriotic spirit is always present at every performance. He generously raises funds for “Families of Soldiers and Veterans” holding countless benefit shows.

Doug’s enormous gifts as a singer, musician and dazzling entertainer have audiences applauding his show stopping concerts in theatres, resorts and casinos from coast to coast, including the legendary Caesars Palace on the Las Vegas Strip and the Hard Rock Hotel and Casino, Nashville’s

Opryland Hotel, and the Taj Mahal in Atlantic City. He was also invited to headline “The 20th Anniversary Johnny Cash Concert” at Hollywood’s famed Viper Room.

During the 2021-22 Season, Doug was a regular on RFD-TV’s nationally televised “The Penny Gilley Show.” In 2023, Special Guest appearances on the popular RFD-TV’s “TruCountry.” Movie star handsome and camera-ready, he looks forward to making his big screen film debut next year.

Yes, a country boy at heart!” Doug Allen Nash, who was inducted into the “Legends of South Dakota Country Music Hall of Fame,” still has farmland in his native Illinois;
and when he can take a moment to relax during his busy concert schedule, likes to saddle up in his cowboy hat, boots and jeans for a trail ride!